Bearded Lamb Brewing Company has a spacious upper floor perfect for your next event or party! Book with us and enjoy your own pubtender, private bathrooms, darts, games and more! Upper Hall capacity is 95 persons.

Tis the season for laughter! Be sure to get into the holiday season with an amazing night of stand up comedy and local craft beer! Head on out to Bearded Lamb Brewing Company on Saturday, December 18th to see local favorite and comedy club regular Ryan Brown feature for Michigan comedy legend Bill Bushart! Tickets are just $10 at the door, cash or card! For advanced ticket sales and reservations call Justin at 734-748-7369. Seating begins at 7pm with the show starting at 8pm. Hosted as always by Justin Siekierka. Hope to see you all there! 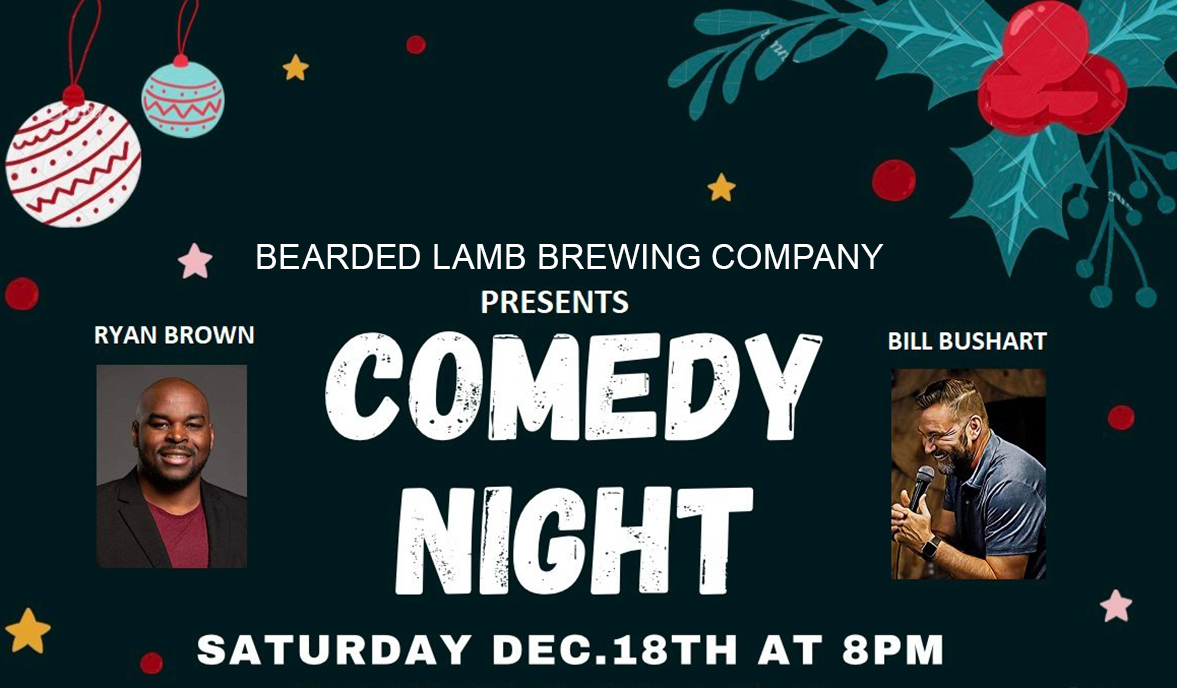 Host your private birthday party, shower, meeting, or celebration at Bearded Lamb Brewing Company’s beautiful upper hall. Cater in or use one of our local food partners. Dedicated serving staff available. Capacity up to 95 people. 734-207-9600

Tis’ the season to deck the halls and drink some beers with Bearded Lamb. Contact us to reserve your date today.